Keegan Petersen‘s participation in South Africa’s Test series in Australia could be in doubt after the batter was stretchered off the field in the CSA T20 Challenge final.

Petersen was fielding on the deep square boundary in the sixth over of Titans’ innings and sprinted to deep midwicket to cut off a Theunis de Bruyn flick. He prevented the boundary but went down immediately, clutching his left hamstring and grimacing. He was taken off the field and left the ground in an ambulance.

Earlier, Petersen scored a 51-ball 63 and added 115 for the second wicket with JJ Smuts as Dolphins set Titans a target of 163.

South Africa’s three-match Test tour to Australia starts on December 17. The first round of South Africa’s domestic red-ball matches starts later this week, though Dolphins are only due to play their opening match from November 17. There will be three rounds of fixtures before the Test team departs for Australia, and those matches would have been vital for Petersen, who had a poor tour of England. Petersen scored only 122 runs in five innings at 24.40 in England, and is still without a Test century after ten matches.

Should Petersen be unavailable for the Australia Tests, South Africa will need a replacement at No. 3. Rassie van der Dussen, who broke his right index finger in the second Test in England, is expected to be fit and could slot into the role. South Africa’s batting will also be boosted by Temba Bavuma, who missed the England tour with an elbow injury, and they have back-up options in Ryan Rickelton and Khaya Zondo.

The series will be the team’s first international engagement post the Mark Boucher era. Boucher resigned from his post as head coach to take up a role at Mumbai Indians. Malibongwe Maketa has been named interim coach to take South Africa to Australia. 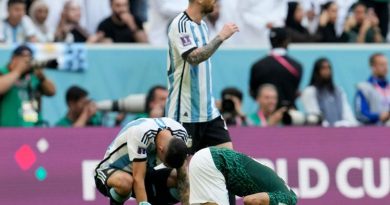